Performance Academies asked David Browning to design their corporate logo. Part of the challenge was to create something that could also be used to represent each of 13 separate schools that have different names. You can see the Eastland Performance Academy logo on the postcard shown below. Browning Design also worked on identity materials, signage, and was involved in creating the initial design format for the website which was later converted to a Wordpress site with a very similar appearance.  Photos by Larry Hamill. www.performanceacademies.com 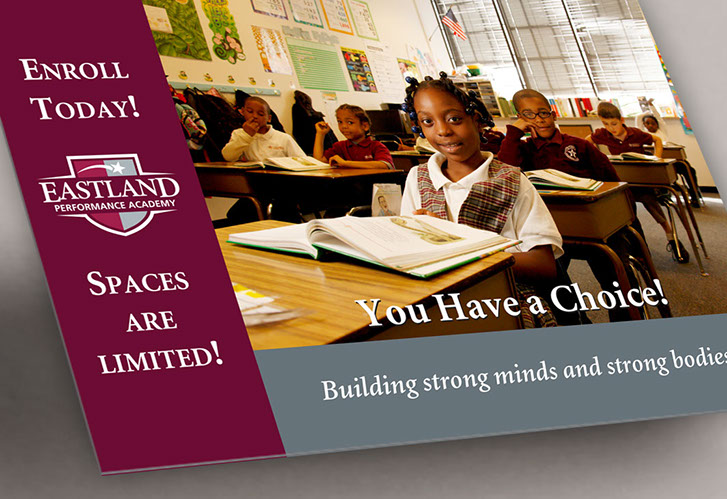